Fifty years ago, my father drove our family on a cross country trip from New York state to New Mexico and I can recall seeing a sign at a service station in Oklahoma showing the price of a gallon of gas at 36 cents.

Things have sure changed a lot since then and it got me to thinking about how much prices have risen in the past five decades. 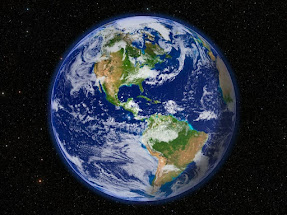 Before I left home in September 1971 to attend college, my father took me to a physician who saw patients on the first floor of his home in Pittsford, New York. The college I was attending, New Mexico Highlands University, required a number of immunizations prior to my arrival on campus and my father took me to see the doctor to get four shots updated before my flight the next morning.

The doctor accepted cash for his services and before we left, I saw my father reach into his wallet and pay him a $10 bill for the four shots I received and for his services. I think it would be safe to estimate that including the physician’s visit and vaccine costs, those same services would run more than $350 out-of-pocket with the insurance company being billed for the remainder today.

Struggling to pay for tuition and textbooks as a college student in the fall of 1973, I took out a $1,000 student loan and another $1,000 the following year. Saddled with $2,000 in student loan debt, I thought the odds of ever paying it off and being free and clear of that debt was a significant obligation.

But by chipping away at it by paying $50 a month, I had it all paid off by the early 1980s. I couldn’t imagine being a student today and the sheer amount of student loan debt they now have to repay.

In 1976, I remember going to the theater and having to pay $2 for admission to see the first “Rocky” film. Add in a popcorn ($1) and a Coke ($1) and you could enjoy a movie for less than $5. The ticket alone today would be more than double that.

That same year, a new McDonalds opened in Albuquerque and I remember eating lunch there on a break from work. It set me back 75 cents for a Big Mac, 45 cents for fries and 30 cents for a small Dr. Pepper for a grand total of $1.50. Today, packaged as a Big Mac Meal, the exact same food costs $6.71 before tax.

When I enlisted in the U.S. Air Force in 1977, I was thrilled with what they were paying me for my work. The basic salary for my rank as an E-1 Airman Basic at that time was $360 a month and included meals in the dining hall on base, a room in the barracks and medical care. My paychecks in the civilian workforce then were about $176 every two weeks after taxes, or about $362, but I also had to pay for food and rent out of that, so this was a major financial step up for me.

Two years later in 1979, I had completed my first assignment in the Air Force in Germany and was transferred to a new duty station in Washington, D.C. at The Pentagon. In setting up our new apartment in Arlington, Virginia, we decided to purchase a new sofa as our cat who was not declawed had shredded the arm rests of an old one we had been using.

After shopping around at a number of department stores, we bought a new plaid couch and love seat combination for $179. At that time, I thought that was highway robbery for two pieces of living room furniture, but have you priced those same items today 41 years later? You’ll easily shell out 10 times that amount for a new couch and love seat in 2020.

While life on Earth has changed greatly since 1970, one thing remains constant. I have learned that whatever you are paying for something today will ultimately cost a whole lot more tomorrow. <