Insight: An accumulation of rarities

Being in the news business, just when I think that I have heard everything, something else comes along.

For more than four decades, I’ve tried to steer away from the more unusual aspects of community news reporting, but inevitably somebody will want me to write a story about their Aunt Martha collecting and laminating moths to turn them into jewelry. You name it, and I’ve certainly written about it or at least worked with someone who has.

Here's an assortment of unusual tales from 45 years in journalism: 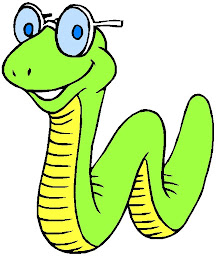 ** When I was a reporter in New Mexico in the 1980s, I was assigned to write an article about a man who collected Wrigley chewing gum wrappers and then turned them into wallpaper. His living room walls were adorned with Juicy Fruit and his dining room was plastered with a Doublemint motif.

** In the early 2000s in Florida, I wrote a story about a beachside community that discovered a still lawful town ordinance from the 1880s that made it illegal to sing in a public place in town while dressed in a swimsuit. A motion to overturn the ordinance failed by a 4-3 vote and it remains on the books to this day.

** I once worked in New Hampshire with an editor who insisted upon always being with her chihuahua when the dog went outside. She said she was afraid that a hawk or an eagle would suddenly swoop down and grab the dog with its talons and carry it away. If that was going to ever happen, it would have to be a really strong bird because her chihuahua weighed more than 50 pounds.

** While eating lunch at an A&W Drive-In near Rio Communities in New Mexico in the late 1980s, I noticed a herd of seven spotted donkeys in a field behind the restaurant. I met the owner who insisted that herd’s official last name was “of Diamonds.” In the subsequent article I wrote about the herd, I referred to each donkey in the story as Ruby of Diamonds, Jack of Diamonds, Pearl of Diamonds, Merv of Diamonds, Diamond of Diamonds, Ace of Diamonds and Thelma of Diamonds.

** Working in Florida in 2006, I covered an appearance at the Fellsmere Frog Leg Festival by an individual billed as the world’s worst Elvis Presley impersonator. True to the moniker, the would-be Elvis stumbled over the lyrics to “Burning Love” and resorted to frequent grunts and gyrating hips to cover up his unfamiliarity with the song. After blubbering his way through three tunes, he left the stage and believe it not, then passed a cowboy hat seeking tips for his “performance.”

** As a sportswriter working for a newspaper in Belen, New Mexico, in the late 1980s, I was assigned to report on “worm racing” at a local bar. The bar owner had recycled his son’s old plastic toy race track and then encouraged bar patrons to cheer on earthworms who wriggled down racing lanes from one side of the track to the other. To distinguish the earthworms, the bar owner’s girlfriend put a small speck of different colored nail polish on the worms as “racing silks.” Believe it or not, “worm racing” drew more visitors to the bar than live music played on Friday nights by a country and western band.

** While reporting about a county fair in Florida in the 1990s, I had to watch and then write about a “Back Art contest,” in which several stylists competed using hair clippers and then created artwork from two of the hairiest backs of men I’ve ever seen.

** In Laconia, New Hampshire in 2015, I wrote an article about a teenager who tried to break the Guinness World Record for stuffing the most seedless grapes ever into his mouth. When he got to 75, I thought he had a shot at establishing a new record, but unfortunately, the 16-year-old had to cough and his shot at immortality was halted at a grand total of 76. By the way, in the course of doing this story I learned that the actual world record was 88 seedless grapes in his mouth at one time that was set by a man from India and he’s since gone on to break his own record with a total of 94.

From my vantage point as a journalist, if all the oddities and unusual situations were to vanish from our lives, we’d all just be bored silly. <