When my wife Nancy and I were first married, she handed me a piece of paper and asked me to make a list of all of the foods I wasn’t crazy about eating so she would try and avoid cooking them. The look on her face was priceless when I replied, “Just one page?”

When it comes to eating certain foods, I am in a league all of my own. I avoid some food because I don’t like the way it looks, the way it smells, its texture or especially the way it tastes. Some foods I won’t even try because I just don’t like how they are named. 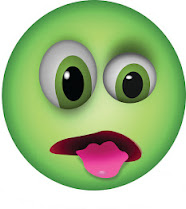 I know it's rather irrational, but a lifetime of picky eating habits has led me to circle the wagons when it comes to my sensitive stomach. Yes, I can be tricked into thinking I will like trying something new, but ultimately I've found it's always handy to travel with a bottle of Pepto Bismol just in case.

When I was in the U.S. Air Force in Germany, my apartment was adjacent to a pizza parlor and the smells emanating from that place led me to order a pizza from there even if I didn’t speak German. As I was picking up the pizza, the cook asked me something in German and to be courteous, I nodded yes, not understanding what he was asking. When I got home eager to dive into the pizza, turns out the cook had asked if I wanted raw egg on top of the cooked pizza. Needless to say, it turned my stomach when I opened the box and saw it. I wound up throwing the entire pizza away.

Another time in Germany, I ordered French fries (pomme frites) from a roadside food truck and the cook mumbled something at me in German. Again, I had no idea what he was asking, but I nodded and smiled to be polite. When I found out what he asked, I was taken aback. Seems some Germans enjoy mayonnaise on their French fries and he wanted to know if that’s what I wanted too. Like the raw egg on freshly cooked pizza, the mayo-topped pomme frites went straight into the trash.

Some of my food phobia stems from my mother’s cooking. She would go on these sprees where she’d plan out family dinner menus two weeks in advance and was keen on having a different vegetable served every night. I quickly came to detest lima beans, beets, brussels sprouts, rutabaga, turnips, squash, cabbage and parsnips. And every Thanksgiving Day in my mother’s memory I never fail to pass on the creamed corn when it’s headed in my direction.

As a fraternity pledge in college, I was once asked to eat an entire jalapeno pepper in three minutes or less time. I did it, but ever since, I won’t even try anything remotely spicy, which automatically rules out a lot of Mexican and Thai dishes.

Just thinking about certain foods because of the way they sound, even though I’ve never tried them, makes me queasy. If you invite me to dinner at a restaurant, I probably won’t order falafel, kimchi, haggis, ratatouille, yakisoba, chilaquiles, or anything made with tripe.

And in no particular order, I seriously doubt you’ll ever intentionally find anything made with cilantro, liver, red or green bell peppers, pimentos, black or green olives, capers, leeks, garlic, sushi or anchovies on my plate.

And for my Maine friends, please know I religiously avoid poutine and also loathe pork pie, with or without mustard. And while I’m going there, I’m not crazy about brown bread or Moxie either.

Through the years, there are a few foods that have crossed over for me onto the acceptable list. One that immediately comes to mind is eggplant parmesan. My mother had a friend who operated an Italian restaurant and she insisted I try her version and I discovered I actually liked it. So that one was scratched off my list of banished foods.

Over the years I’ve come to accept my fate as a picky eater and try to tolerate those who find broccoli, tuna noodle casserole and stuffed mushrooms appealing. After all, it’s all only just food, isn’t it? <