When  I was young (as opposed to Young, who I still am) I had no interest whatsoever in winter, spring, summer or fall. The only season worth caring about was baseball season. I planned to be a major leaguer, a goal I knew I could attain thanks to having read several sanitized, ghost-written memoirs of big league stars, each of whom professed to have succeeded by simply drinking milk, respecting his parents, listening to his coaches and getting lots of practice. 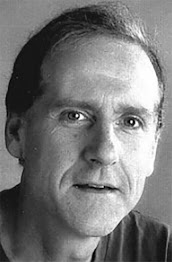 Unfortunately, I hadn’t considered that unlike Mickey Mantle, Sandy Koufax, Willie Mays and their friends, I couldn’t hit a ball 400 feet,  throw one 90 miles per hour or run like the wind to catch one. My playing career peaked at age 15, when I was selected to my town’s Babe Ruth League all-star team. Surprisingly, we won the first game in the single-elimination state tournament against a cocky bunch of bearded, muscular city kids before swaggering up to some small town we’d never heard of and getting humbled by a bunch of unassuming country boys. My contributions were limited to shouting encouragement from the bench, since back then no rule mandated that each player get in the game. Our team’s coach stuck to using the players he judged to be his best nine for the entirety of both contests, and even with 20-20 hindsight and a pair of rose-tinted spectacles, I don’t recall being one of them.

But despite being equipped with a fastball that even with a tailwind couldn’t break 60 miles per hour and a 5-foot 8-inch, 120-pound frame that only occasionally generated sufficient power to drive a ball over the infield, I dreamed of seeing the name “Andy Young” in a major league box score someday. It’s hard to say exactly when I accepted that aspiration wouldn’t come to fruition, but by the time I hit 35 even my closest friends were suggesting, however delicately, that perhaps it was time to focus my attentions elsewhere.

One brutally honest associate, who in retrospect was probably an early practitioner of “tough love,” was more direct. “I will never open up a newspaper and see your name in a major league box score,” he heartlessly declared.

I can only hope that guy, who now lives on the west coast, bought a copy of the newspaper this past Sunday, because if he perused the box scores on the sports page, he’d have seen that 26-year-old Andy Young, a native of West Fargo, North Dakota and product of the Indiana State University baseball program, had made his big league debut the previous evening, playing a flawless second base for the Arizona Diamondbacks in the top of the ninth inning of an 11-2 loss to the Los Angeles Dodgers. In fact, he was in the on-deck circle when Christian Walker, Arizona’s first baseman, struck out to end the game.

But best of all, Andy Young has made my childhood dream come true.