Insight: Did I just hear that?

I wonder if anyone out there is like me and sometimes has difficulty discerning exactly what words or phrases that a band or singer mumbles in a popular song.

This began for me decades ago, and I’m positive that my hearing is fine, it’s just that on occasion what I think I heard a musician sing turns out not to be the correct lyric after all. 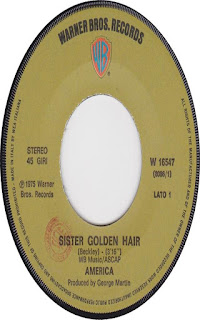 Recently while driving to work, the 1970s song “Sister Golden Hair” by America came on the radio in my car. This is an example of one of those songs that always makes me wonder, what exactly did the singer sing?

The line in that song I stumble over goes like this: “I been one poor correspondent, and I been too, too hard to find. But it doesn't mean you ain't been on my mind.”

Every time I hear that song, I think America is singing: “I’ve been one two or despondent and I’ve been so so hard to bind.”

And I must confess, I actually saw America perform this song live in concert at some point in the 1970s and I still get the lyrics wrong each time I sing along when it shows up on the radio.

Here’s another one I’ve misheard for decades and it’s from the tune “Dancing Queen” by Abba.

The line I thought I heard them sing in that song was “See that girl, watch her steam, digging the dancing queen.”

Found out just last year that the actual lyric should be “See that girl, watch the scene, digging the dancing queen.”

When Nirvana first appeared in the 1990s, I scratched my head about their lyrics seemingly whenever singer Kurt Cobain opened his mouth.

When I was in college in the early 1970s, I belonged to the RCA Record Club and I signed up for it specifically for the initial offer to get 12 vinyl record albums for $1.99 or something like that. After receiving your first shipment, all you had to do was purchase eight more albums in subsequent months for the full price. If you didn’t like what the album that was shipped to you that following month by RCA was, you could return it and have another one shipped out.

Among the albums I received and purchased was one by Johnny Nash and it was the album’s title song called “I Can See Clearly Now” that I always got wrong.

I thought Nash was singing “I can see clearly now Lorraine has gone.”

After listening to that album constantly, a few years later I discovered the actual song lyric is “I can see clearly now the rain has gone.”

The song “Philadelphia Freedom” by Elton John is another one I have a hard time with.

When I first heard that song, I thought I heard Elton John singing “I used to be a hard-beatin’ photon one” and I wondered what that could possibly mean.

Turns out the actual line is “I used to be a heart beating for someone.” Go figure!

Another one that always irritates me is Three Dog Night’s “Joy to the World.” If you’re over the age of 40, it’s almost certain that you’ve heard that song at some time or another in your life even if it’s just as the annoying background music played in the supermarket while you’re shopping.

For years I’ve thought a line to that song was “Joy to divisions that the people see,” when the actual lyrics are “Joy to the fishes in the deep blue sea.”

Michael Jackson was the worst to decipher for me, especially his song “Beat It.”

I recall buying Jackson’s album “Thriller” in the 1980s and then listening to “Beat It” over and over again to try and understand what in the world he was singing.

In my mind, I heard him singing “Beat it, beat it, no one wants to beat a peanut” and thought it was very odd songwriting for such a popular song at the time.

The actual lyrics are “Beat it, beat, no one want to be defeated.”

Got a tune that you’ve gotten the lyrics wrong for years? Trust me, you’re not alone. <