It’s surprising that no matter how old you may be, there are still things you can learn about yourself. I bring this up because a while back I discovered my real purpose as a newspaper editor.
I was working as a news reporter for the Laconia Citizen newspaper in Laconia, New Hampshire when I was chosen by the publisher to be that paper’s new editor. After years of leading daily and weekly newspapers previously as an editor, I accepted a reporter’s job in Laconia because it didn’t come with all of the tedious tasks, duties and responsibilities otherwise associated with being an editor. 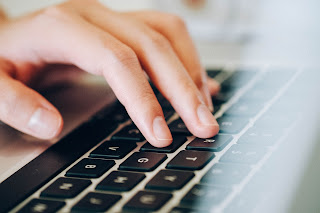 But when the previous editor had resigned, I was asked to fill the role by the publisher because of my lengthy experience in journalism and skill at organization.

Before the announcement of my promotion had been made public, I attended an early morning committee meeting for a drug-free community coalition where I disclosed to committee members that I was being promoted to serve as editor of the newspaper.
Following the meeting, a friend of mine who also served on that committee, Pastor Shaun Dutile of Laconia, sought me out in the parking lot and posed an interesting question to me.
“Do you know why God has put you in this position as the editor of the newspaper?” Dutile said.
Before I could come up with a reply, he told me that the answer to his question was something that only I could discover through self-introspection and discovery.
“Only you and God will know the reason for you to be put in this position and its purpose is something that you must find out in order to be successful,” he said.
His question got me to thinking about my lengthy career in journalism and what it meant to be placed in charge of supervising the content of a community newspaper.
What I eventually learned -- and it’s pertinent to my new job here as the managing editor at The Windham Eagle -- is that the editor of a community newspaper works diligently on behalf of the readers and not for personal gain.
As the staff member who determines what gets covered in the newspaper and how it is reported, the editor’s role is more than simply correcting typos, choosing photographs to accompany articles and fixing misspelled words in stories.
What I have discovered from first-hand experience is that the editor of a newspaper must always be objective, be a true champion and strong voice for everyone in the community who does not have such an extensive platform that reaches so many people throughout the area. As such, the editor should believe that a student’s Eagle Scout project is as deserving of coverage in the paper as reporting about a late-night town council meeting or the news that a new minister has been appointed to lead a local congregation.
Readers pick up The Windham Eagle with the expectation they will learn something interesting and impactful to their daily lives in every edition of newspaper. And I intend to continue to be as enthusiastic and helpful in doing just that as my predecessor Lorraine Glowczak, was in her time filling the managing editor’s position here.
Before I left New Hampshire to move to Maine in 2016, I had another conversation with Pastor Dutile and I thanked him for posing that question to me when he did. To this very day, I can still hear his words and reflect upon the awesome responsibility placed in me in leading this newspaper, The Windham Eagle.
Through the years, my work as a journalist has taken me to so many different places and I have enjoyed the distinct privilege of meeting and telling the stories of so many different people. But none of those are as important or meaningful to me right now as what you are currently doing in this community, how it affects your lives and those of your neighbors and it’s what makes this such a great place to live and work.
There is a reason I have been placed in this role and what I have learned is that the purpose is to serve you and to champion the Windham and Raymond communities.  <
—Ed Pierce