Insight: I don’t believe that at all

Earth Day is this coming Monday, April 22. Before that, on Sunday, there will be a Peace Vigil at the rotary in Windham with the intention to create positive social change (see front page for detail).

Because I have been told I “where my heart on my sleeve” and that I am an “open book” - I suspect those of you who read my weekly Insights most likely know where I stand on these issues. (Hint: When I tell people that I have some conservative perspectives on life and in politics, I usually receive a hardy laugh followed by, “I don’t believe that at all.”)

Instead of sharing with our readers my own perspectives on Earth Day and my preferences for peace, 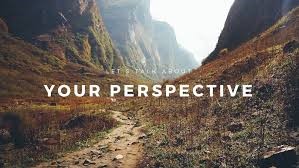 I decided it might be interesting to discover why we tend to lean toward one perspective over another. Of course, this is just an editorial where no more than 500 words are allowed and is not an academic analysis, so - obviously, I will not be able to offer any real answers. But I did discover something interesting about personal perspectives and the human tendency to not stray far from our subjective viewpoints.

In an] NewYorker.com article entitled “Why Facts Don’t Change Our Minds” written by Elizabeth Kolbert, the author showcases a few studies about confirmation bias - the tendency we all have to embrace information that supports our beliefs and reject information that contradicts them. In one example, Kolbert writes about the results of a study:

The students were asked to respond to two studies. One provided data in support of the deterrence argument, and the other provided data that called it into question. Both studies—you guessed it—were made up, and had been designed to present what were, objectively speaking, equally compelling statistics. The students who had originally supported capital punishment rated the pro-deterrence data highly credible and the anti-deterrence data unconvincing; the students who’d originally opposed capital punishment did the reverse. At the end of the experiment, the students were asked once again about their views. Those who’d started out pro-capital punishment were now even more in favor of it; those who’d opposed it were even more hostile.”

Kolbert pointed out that when the study participants’ beliefs had been totally refuted, they failed to make appropriate revisions in those beliefs.

I know for a fact that I am no different than the group of students mentioned above. Admittedly, I do my best at honing in on my confirmation bias skills. But I do hope from time to time – any tunnel vision I may have will cease – if only temporarily – taking in facts that I would normally dispute.

Who knows what can happen if you open doors to other views. Perhaps I will learn to relish the music my husband listens to and enjoy the foods he eats. I’d run home and tell him now about my newfound approach to life – but I suspect I’d be met with a belly laugh – followed by, “I don’t believe that at all.”

Happy Earth Day and peace be with you!