For the past several years, teenagers and adults have been facing a problem: The content of three entertainment related subjects - music, movies, and television. These three categories each reference substances such as drugs and alcohol. In music, movies and television, substances are often associated with luxurious lifestyles and wealth which results in the glorifications of substance use. 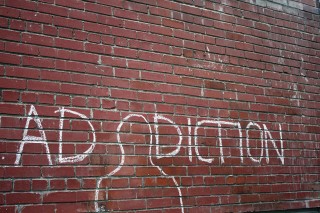 Each year the number of references in each branch of media increases. In teenage and young adult years the brain is very vulnerable and susceptible to new ideas, but if those new ideas are harmful, that means trouble for the party involved. Often the representation of substance use without consequence leads to real life substances use. After all, exposing someone to a dangerous substance without also exposing them to the consequences is like giving a child a lollipop, but expecting them not to eat it. Nonetheless, many people choose to ignore the effects that references could have on people and choose to believe that substance use is solely the users choice, not at all influenced by any exposure. However, if drugs, alcohol, and opioids were not heavily represented in pop culture and the media, many teens and adults would not turn to those harmful substances.

Music is something that many people turn to influence the emotions, however, music happens to showcase an abundant amount of substance references. Depending on the genre of music, the percentage of references varies. For example, twenty-nine percent of all teens listen to pop music. Usually that would not seem like a problem, until you consider that about fifty percent of all pop music mentions some sort of substance, such as drugs or alcohol.

About eighteen percent of teens listen to Broadway music with about a zero percent reference rate. Finally, rock music is listened to by about seventeen percent of all teenagers and has about a thirty percent reference rate. Despite the fact that there are excessive mentions to substances within song lyrics, there are also many musicians who have or are currently using drugs or alcohol.

Many of the musicians who use substances credit them for the creativity of their lyrics. Since many people look up to artists, the substances use of the artist may be ignored or looked past. A Living Pianos writer contributed to the discussion, “The downside to drug use is very well documented in the music world. While it might allow certain musicians to be more ‘creative’ it does have its share of negative effects,” (Lenin, David).

Artists who have openly admitted to substance use include the Beatles, Jimi Hendrix, David Bowie, Britney Spears, and Snoop Dogg; all who are closely followed and looked up to by their large fanbases. To summarize, drugs and alcohol are heavily appropriated in music because of the seemingly endless references in most genres, along with the fact that many substance-using musicians are still popular, and because of that many teens may see substances as a positive item instead of a dangerous one. While it may seem like there are a plentiful amount of substance references in music, substance references in movies occur at an even higher rate.

Movies are a very prominent part of our society, but they are also a piece of the puzzle when it comes to substance references. They are constantly advertised on billboards, television and sometimes social media platforms. Unsurprisingly, many references to substances are made in movies whether it be for comedic effect or to add suspense to the plot. Since movies are most commonly two to three hours long the consequences to using substances are rarely presented in a realistic way if they are even touched upon.

This can be interpreted by teens and adults to mean that the consequences of using drugs and alcohol are not extreme or that they simply do not exist. Those thoughts can sometimes lead to drug use and possibly addiction. While some may argue that representation of drugs and alcohol do not force others to actively use the drugs, it can be interpreted by some to make use seem okay to participate in usage. A journalist from New York Film Academy wrote,“. . . there has been a surge of drug films and drugs appearing much more often in movies, at a rate that is more than triple of that just twenty years ago. While drug use is on the rise in the U.S., on film, it’s an outright epidemic,” (Robins, Lincoln).

With substances abuse on the rise, many people are speculating that increased references are to blame; taking into consideration that substance references in movies have tripled. As children grow to teenagers and adults the content gets more explicit, which may not always be the best situation for easily influenced people. Movies makers may be able to provide excuses for the lack of consequences shown due to time limitations, but television shows cannot provide the same argument.

Television shows can run for various lengths depending on popularity, which is usually based off the plot, which may not realistically represent drug use. Some of the most popular television shows that have ever aired for a long span of time with a high viewer rate involve some sort of substance use at one time or another. For example, “Cheers” a television show popular in the eighties and nineties, was based off a bar, which brings about the obvious references to alcohol. There were rarely any consequences shown, but the characters were often put in to laughable situations because of alcohol usage.

Another popular show, “Friends” that may teenagers and adult watch, has a recurring plot of Chandler, a main character trying to quit smoking, which some of the negative repercussions are presented.

However, there are also many references to alcohol, which is used to numb pain or forget about pain in this show. Occasionally there are some consequences, but they are either minor or nonexistent. Most crime shows mention some sort of substance to enhance the plot because of the criminal aspect of using drugs or alcohol. Since many people watch television programs as a pastime, they are undoubtedly influenced by the plots, whether it deters them from usage, or if it is the more likely influence that drugs and alcohol do not have serious effects and that little harm will come to any user, possibly leading to actual substance use.

Another thing to take into consideration would be the medication advertisements. These are showcased as miracle workers and solutions to problems, but the side effects are only briefly touched upon. This can have dangerous outcomes. For example, a writer from projectknow.com wrote about drug advertisements on television: “Television advertising of over-the-counter drugs has been suspected of being a contributing factor in drug abuse among youth,” (LeBlanc, Jason). Television is not just light-hearted programming, it is something that contains hidden dangers for many people.

In conclusion, there is a plentiful supply of references to substances in popular culture. This heavy representation exposes people to these substances, most commonly without showing the negative consequences. When people are frequently exposed to negative things without being shown the repercussions, it can encourage them to partake in usage without considering what could go wrong. If these types of substances were either represented less frequently or not at all, many teenager and young adults would be deterred from substance usage. To start a movement for change, consider what you are watching or listening to, evaluate the dangers of the content you are exposing yourself to, and figure out how you can protect yourself and possibly others from turning to substances in times of strife.

Posted by The Windham Eagle at 6:24 AM