Insight: If only I had known about Mary Anning by Lorraine Glowczak

When this newspaper lands in your mailbox, it will be the last day of March. There are a lot of things happening during this month and it is hard to capture them all. March is a month that we set our clocks ahead, celebrate spring and for those of us here in New England - celebrate maple syrup weekend. Easter even lands in March from time to time.

But one celebration I overlooked and want to make mention of before the month ends, is the celebration of women. March is also Women’s History Month.

There may be a few out there who might wonder why a month has been set aside for one gender. The short answer is that you’ll find very few women who have been acknowledged for making significant contributions to society - so the month has been created in an attempt to balance things out a bit.

For example, have you heard of Emmy Noether? Mary Anning? Florence Seibert? 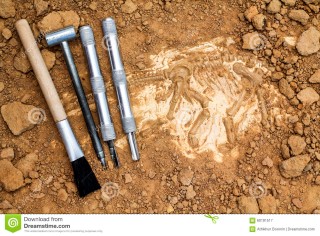 Exactly. They were all important scientists that somehow slipped through our history lessons. Emmy Noether was known among her contemporaries as the Athena of math and she’s responsible for abstract algebra. Anning made a series of discoveries when she excavated skeletal sections of ichthyosaurs, plesiosaurs, and pterosaurs between 1809 and 1829. Seibert developed a system to purify a protein from TB bacteria that became the international standard for TB testing.

It will be a good day when women can be recognized for their achievements - not only in science but in literature, art, medicine and government. In doing so, perhaps then we can put aside a month dedicated to the history of women.

It’s been said that we all need someone to look up to - as mentors and positive role models. And I want to take a moment, for all of our young Windham and Raymond residents (both male and female) and provide examples of women role models.

I have given three cases with the scientists mentioned above, but one need not go far back in history or look to other countries to scope out amazing women. There are women right here in our community that offer irrefutable examples of a life well lived.

First, there is Betty Stetson, the 100-year-old from Raymond who has farmed, fished, hiked and traveled with the best of them. And then, there are the Windham area women who join the armed forces, sometimes facing unbearable circumstances and severe scrutiny to serve their nation.

By recognizing the achievements of these women, it not only provides inspiration for more innovative discoveries, but a more balanced and inclusive history. I loved digging up rocks and bones when I was a child. If I was introduced to Mary Anning - perhaps I would be out discovering dinosaur skeletons and saving you from reading this Insight.

Posted by The Windham Eagle at 6:05 AM