Insight - Volunteering, it's for everyone


Our high schools require that graduating seniors have at least 40 hours of community service. Convicted criminals are many times required to do community service. How hard can it be do volunteer your time to help out organizations?

Everyone from the PTA to Scouts to Summerfest is always asking for volunteers to help. Many times it seems like only certain people are the ones who step-up.

Okay, you have a full-time job and a bunch of children, who will have to learn to be good community members and one way to do that is to volunteer. Do it together. Need to spend time with your children, here’s a great opportunity. Those few volunteers who step up don’t have more hours in a day than the rest of us. Everyday organization in Windham and Raymond are asking for help. So why is getting the volunteer hours so difficult?

Finding an hour or two to donate to a worthy cause might mean one less hour of television, or two hours that you won’t spend cleaning your house. It’s worth it to see the gratefulness of the non-profit organizers or to see how amazing the clean up around the public building makes the grounds look.
In a senior class assembly before April vacation, it was announced that 130 seniors do not have the requisite 40 hours to graduate. That’s a lot of students who are not volunteering in their community.
Knowing that there are so many students who need volunteer hours, it is a perfect time for non-profits, churches and other organizations to get projects together to benefit their causes. There are a lot of people looking for hours. Need a rock wall built, or help afterschool? There are high school students for that. Have a weekend project at Donnabeth Lippman Park? Now’s the time to ask for help.

We at The Windham Eagle want to see all of the senior class graduate and all of the organizations in the community be successful, so if there is a project that needs completion before June 8, then email me at Michelle@TheWindhamEagle.com and next week we will add a listing of where service hours can be earned. That’s what I call a “win-win.”
Posted by Michelle Libby at 9:52 AM No comments:

The sun is shining, the rivers are swollen with run off from the snowpack and April 22 marks the 44th annual Earth Day. It’s a day we celebrate and clean the Earth. Volunteer projects are organized and beautification events are held.


There was this one time…at UMaine…Earth Day was synonymous with Maine Day in my head, it was a day off from classes and we were asked to do projects around campus, but at 11 a.m. the best place to be was at the oozeball court down by the Stillwater River.

For anyone who has been to Orono, it is tradition to play volleyball in two feet of cold, gooey mud. Wear old sneakers. Don’t bother to wear white, thinking you can bleach it later, and don’t expect to get out of the game mud free, it’s not gonna happen. (I tried.) 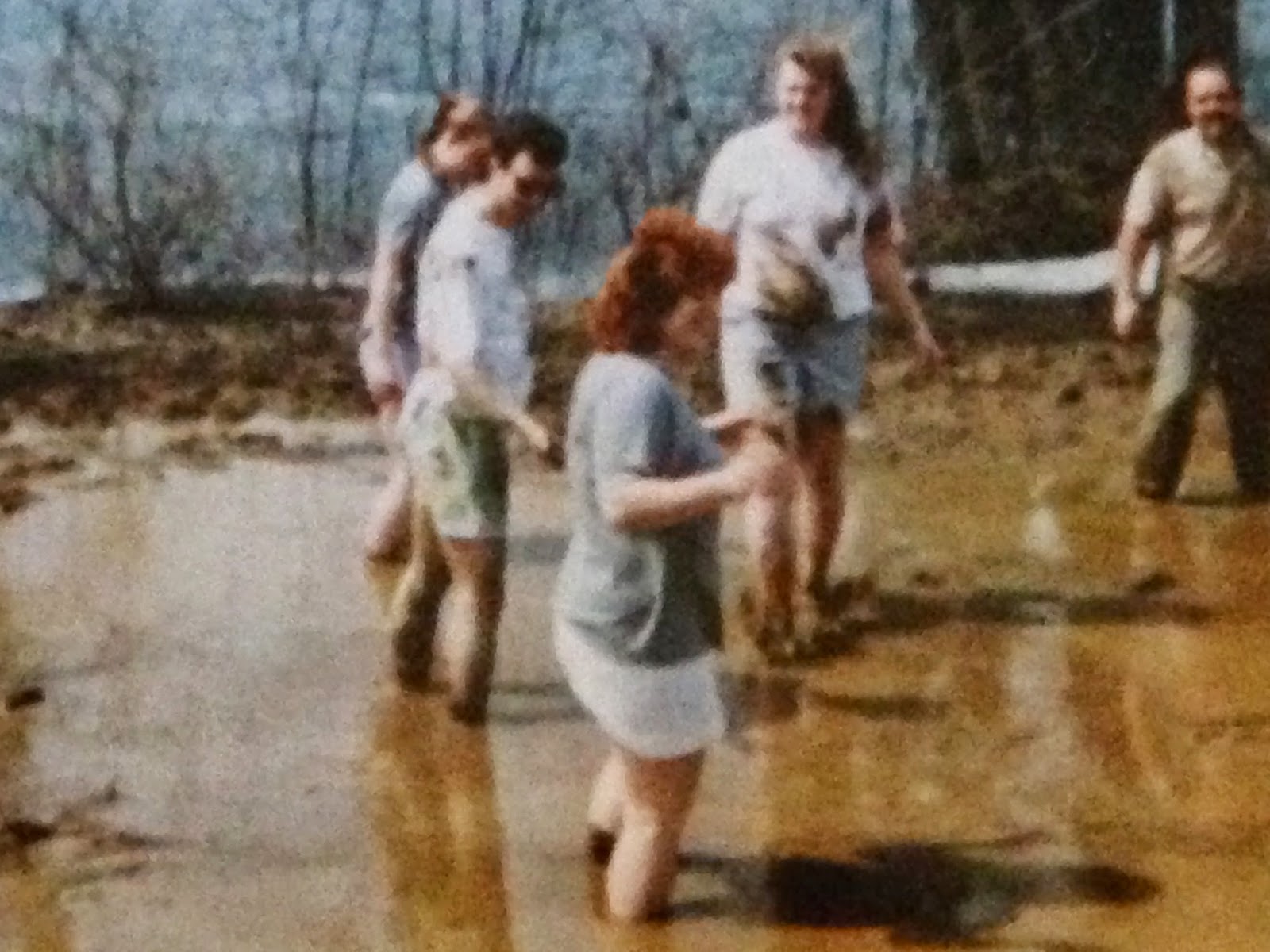 One trip on a root is all it takes to wind up face first in the mud. I’m not sure what oozeball had to do with Earth Day, other than we were playing in the earth, then the river to rinse off. But, when you’re in college and the school says do some work and then go play in the mud, you listen.

Teamwork, pride in the community you reside in, it all comes together at the end of April. Be it Maine Day or Earth Day, the time to get out and make a difference will be upon us.

Knowing that my daughter will miss out on the oozeball tradition has me wiping away a tear, but I’m sure UMPI has some of their own traditions.

There is a picture of me standing in the mud at my first oozeball game and if I can find it I will post it on Facebook and then on the www.TheWindhamEagle.com website under columnists where I post all of my insight columns. Until then, here’s a picture of what I’ve been talking about.

Posted by Michelle Libby at 9:46 PM No comments:

Insight - Outside my media comfort zone - By Michelle Libby


Anyone who knows me knows I love to talk. Mostly about writing and my family, so why was I hesitant to go on the radio to talk to Shannon Moss on WLOB AM1310 last Friday?


When I first went to college I was a television/radio major before realizing that I wanted to write. I would sit in the lab creating PSAs and pretending there were hundreds of listeners.

On Friday, I knew there were at least five listeners, their one confirmed listener, Bob; my mom and dad, my brother-in-law who kept texting me through the interview and Shannon’s dad, who texted her during the show.

The pressure was on.

I think through my fingers. Ask me a question and I can write a more coherent answer than I can spit out on the spot. So going in to the small station with the red light saying they were on the air was almost terrifying.

I’m the interviewer. I ask the questions. Knowing that someone else was going to ask me questions and I would have to answer them on the spot…made me feel like the hundreds of people I have interviewed over the years. There was no seven second delay on this show.

Shannon Moss is one of the nicest, most welcoming people I have ever met. Once she invites you into her space, you are automatically BFFs and the nerves begin to abate.

First we spoke about The Windham Eagle and our mission – to cover positive news and people in the community and to provide a newspaper that anyone of any age can read. We are doing that and it is being well received.

After a break or two, we spoke about my fiction writing and that’s when they had questions about cover models, steamy writing and pen names. We got so wrapped up in what we were saying that we even went over one of the break deadlines.

At 10:30 when my interview was over, I was so comfortable that I didn’t want to stop talking. I was getting used to the minute long breaks and the easy banter.

Wait, I don’t get to keep talking for another half-hour, you mean that that Olympian is more important than I am? Oh, okay.

It was great fun to be on the radio and I hope Shannon invites me back again so we can chat more about writing and The Windham Eagle.

To listen to the show, visit www.wlobradio.com/audio/ Then scroll down a while to find my name. Happy listening.

Posted by Michelle Libby at 1:53 PM No comments:

Insights -Doing what you love? - By Michelle Libby


“If you love what you do, you’ll never work a day in your life.”


That quote should be the standard by which we all live. Teachers, who love to see children learn, should be teachers. People who build things should do that for a living. People, who love to write, should put their words out there.

I’m one of those people. In high school I had to make the tough decision whether to stay in band or join the staff of the newsmagazine. I choose the newsmagazine and never looked back. I went to college for journalism and started writing romance novels in 2000. It’s in my blood and I love it. Work doesn’t feel like work.

I knew in high school that I loved writing (I took creative writing twice), but I also knew that I didn’t want to sit at a desk all day. Being a reporter feeds my need for seeing people and learning about new things.
This past weekend, I spent time with other fiction writers. Some published, some not, some writing for big publishers, others happy writing for themselves. Hanging out with like-minded people is a charge to the creative juices.

I know a man who woodworks and he gets together with other woodworkers to learn new ways to craft items. When he returns from one of his gatherings, he has learned something new and is excited to get to work.

When you love what you do, you want to show the world and share your excitement for that passion. Passion and work is never done in a vacuum. Writers have cover designers and publishers. Game wardens have other area agencies to depend on. Everyone has to have someone at some point, even if it’s customers through an online site.

Paying the bills is also an important part of being an adult, so if you can combine loving what you do and making enough to survive, then you’re golden.

I hope you all get a chance to do what you love at some point in your life.

-Michelle
Posted by Michelle Libby at 7:41 PM No comments: