Not everyone can recall their dreams, which is too bad for them. I often remember mine. Just last week I woke up basking in the afterglow of my first major league base hit for the Chicago Cubs. Not only did we win the game, but I scored our first run when I trotted home in front of a four-bagger by our slugging first baseman, Gordie Howe.

Yes, sports fans, I know Gordie Howe was a Hall of Fame hockey star who never played professional baseball. I also acknowledge I’m at least a generation older than any current Chicago Cub player. But I don’t fact-check my nightly subconscious illusions; I just dream (and occasionally report) them.

Apparently there's no reliable way to maintain control over what we dream about at night. But daylight reveries are a different story. I've always been an enthusiastic daydreamer because I can control what I fantasize about! Win the lottery? Sure. Negotiate a Middle East peace treaty? Why not? Respond to a sultry temptress's overt seduction attempt(s) with "Beg me!" (in Pee-Wee Herman's voice)? Absolutely!. 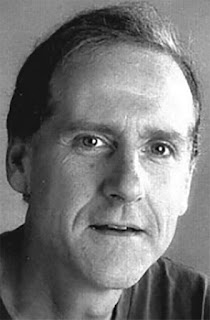 Conceiving of pleasant situations has always come easily to me. I was a daydreaming prodigy. But I learned long ago that sharing my scenarios wasn’t always the best idea. When, as an elementary schooler, I told a slightly older friend I wanted to be a mailman when I grew up, he gleefully related some tall tales that resulted in nightmares involving me being chased by a menacing, overly territorial, postman-despising dog. I’d wake up terrified, sweating and wanting to scream, but the lockjaw I’d contracted from the snarling, foaming cur’s bite prevented me from doing so.

Later on, I consciously fantasized about playing outfield for the New York Mets, catching touchdown passes for the Denver Broncos, teaming with Wilt Chamberlain on the Philadelphia 76ers, and scoring the Stanley Cup-winning goal for the Minnesota North Stars. Sadly, each of those dreams fizzled due to a lack of athleticism. Or more specifically, being unable to hit a curveball, dislike of being smacked in the head, lack of height, and inability to skate.

Reaching adulthood didn’t change my penchant for fantasizing but being a gainfully employed dad with multiple adult responsibilities significantly limited my voluntary hallucinating time. For years, any dreams of flying, being a gigolo, or being a flying gigolo had to, by necessity, occur randomly and at night. For the past couple of decades, circumstances haven’t afforded me much extended imagination time.

But now that my children are reasonably self-sufficient and I’m nominally more accomplished in my field of endeavor, the opportunities to daydream have increased.

Thanks to current regulations requiring masks to be worn in public, I like to imagine myself as a dangerous spy, a master of disguise who is totally unrecognizable, even to his closest associates.  But like too many of my adolescent fantasies, this one too often ends with a thud. Last week while on a furtive walk, an approaching jogger waved and said, “Hi, Andy!”

Arriving at the post office, I was recognized by a neighbor. Then on the way home I heard, “Mommy, look! It’s the soccer referee!” from a lad walking with his mother.

How could I have been spotted? Was it the blue plaid flannel pants? The Guatemalan flag neck gaiter? The size XXXL blaze orange sleeveless vest hanging over the 30-year-old Raleigh Icecaps pullover?

I’ll never be a spy, anymore than I’ll be a professional athlete or a flying gigolo. Maybe I should try daydreaming about something more realistic.

Like being a newspaper columnist who actually has something relevant to write about. <