I don’t know much about superstitions, horoscopes, or the zodiac, but simple logic suggests that the date on the newspaper you’re currently holding should be considered a serendipitous one. After all, if Friday the 13th is considered unlucky, shouldn’t Friday the 31st, its reverse, be seen as lucky?

The last day of July has plenty of unique history of its own. Christchurch, New Zealand was incorporated as a city on July 31, 1856. New York International Airport, which was later renamed for President John F. Kennedy after his 1963 assassination, was officially dedicated on July 31, 1948. More recently, Fidel Castro handed over control of Cuba to his brother Raul on July 31, 2006. Two recent Massachusetts governors were born on this date: William Weld (1945) and Deval Patrick (1956). So were Kmart founder S. S. Kresge (1867), actor Wesley Snipes (1962), and author J. K. Rowling (1965). Billy Hitchcock, who managed baseball’s Baltimore Orioles in 1962 and 1963, was born July 31, 1916; his successor, Hank Bauer, was born on the same date six years later! But both were born on a Monday, which makes that remarkable coincidence just as irrelevant to the question at hand as the rest of the above information, since none of these events took place on a Friday. 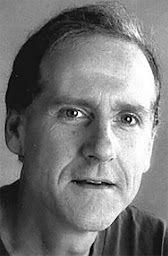 Now contrast those nine Friday the 31sts with the whopping 19 Friday the 13ths that occurred over those same 10 years. Maybe that’s why “Friday the 31st” never gets so much as a sniff from the motion picture industry, yet filmmakers roll out Friday the 13th sequels with the same regularity and reliability that brings the swallows back to Capistrano. How many movies starring a masked, psychotic, unkillable revenge-seeker does America need?

Unfortunately, overwhelming anecdotal evidence seems to suggest that Friday the 31st is anything but lucky. Mary Ann Nichols became Jack the Ripper’s first victim on Friday, Aug. 31, 1888. A catastrophic flood inundated Johnstown, Pennsylvania on Friday, May 31, 1889, killing over 2,200 people there. Over 100 American sailors were killed on Friday, Oct. 31, 1941 when a U-boat torpedoed their ship. A tornado that struck Edmonton, Alberta on Friday, July 31, 1987 killed 27 people and left $332 million worth of damage in its wake. Friday the 31st wasn’t fortuitous for either Selena, the Queen of Tejano Music, who was murdered by her fan club’s president on March 31, 1995, nor professional wrestler/actor (a classic redundancy) Rowdy Roddy Piper, who died on July 31, 2015.

Lucky or not, there are only nine Friday the 31sts left in the 2020’s. And we’d better make the most of them, since over the same period of time there are 15 more Friday the 13ths, which will inevitably lead to more graphic gutting, pulverizing and decapitating courtesy of Jason Voorhees.

And there’s nothing lucky about that. <