Insight: Sugar-coating at its best by Lorraine Glowczak

As I write this on the morning of September 12, I’m still reeling from yesterday’s somber day of remembrance. It was a day that contained moments of silence and events to commemorate and remember September 11, 2001.

I attended an event held at St. Joseph’s College (see front page for details). It was a gathering that not only honored that day and the tragic losses of the terrorist attacks, but it recognized the grant recipients of the Tramuto Foundation.

Among the many individuals in attendance were freshmen from the college. They were invited to attend to gain a certain amount of perspective since they were one-year-old toddlers and have no personal recollections of that fateful day. 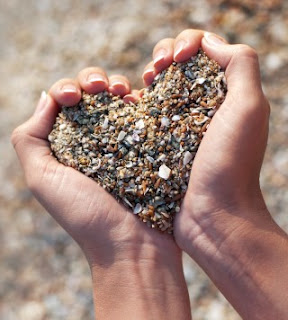 I had a moment to speak to one of those students and I asked her if she thought there were other ways we could honor and remember all those affected by the disaster. “I think it is possible to focus more on all the good that came from that day,” she responded. She went on to explain that by doing so, we may be more compassionate and not harbor anger unnecessarily.

I had to think about her response for a little while. My first reaction was that it might serve us well to remember the misfortunes too, and not to sugar coat the shock of that day so as not to repeat such catastrophe. By recalling the disasters, I told myself, it would remind us how we stood by one another as united citizens on the days and months that followed. People from all walks of life with different perspectives and political viewpoints did not matter - we were all citizens of the United States who wanted the same thing: peace, safety and happiness.

I have had 24 hours to think about her wisdom. I think she might be right. I don’t necessarily believe I’m completely wrong, but I am misguided about one thing: Recalling the catastrophes has in no way kept us united citizens. We have forgotten how to stand together as people who are integrated and unified.

I invite you to join me in heeding the advice of an 18-year-old. Be more compassionate in your interactions, especially with whom you do not see eye to eye. Harbor less anger toward everyone and everything, especially toward those whom you don’t understand (or even like). In this way, it’s possible to demonstrate a more in-depth honor for all those lives lost and lives affected forever.

Now, speaking of sugar-coating – today (September 14) is National Eat a Cream-Filled Donut Day. Have one on me. Then on Sunday, go for a walk on the beach to lose the calories gained, collecting rocks to celebrate National Rock Picking Day. And together, let’s start next week over with a little compassion, moving forward in the spirit that united us 17 years ago.

Thank you, Makayla Perkett, for sharing your wisdom with me.

Posted by The Windham Eagle at 6:22 AM